An introduction to the people at Solingen

Paul is a Chartered Accountant and spent his 10 year accountancy career with Grant Thornton specialising in corporate finance where he focused on corporate sales, acquisitions, buyouts and private equity backed transactions.

In 2006 Paul left Grant Thornton to pursue a career as an investor, and has successfully worked within the private equity industry primarily investing in management buyouts across a range of industry sectors.

Robin spent most of his accountancy career with Deloitte in Leeds as a Corporate Finance specialist until 2005 when he left to be an independent investor initiating and executing management buyouts.

Since 2005 Robin has made a number of successful investments into private businesses which has included several strong exits. His particular specialism is within FMCG and also industrial supplies businesses. 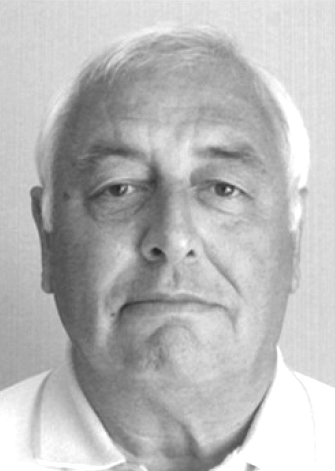 Graham is a retired Chartered Accountant. Having trained with PWC in London he then spent 5 years as Financial Controller and then Finance Director of TKM Investments, a division of a City based trading company. In 1981 he founded Goldsborough Healthcare Plc, which was floated on the LSE in 1994. Goldsborough was acquired by BUPA in 1997 and Graham was appointed MD of BUPA Care Services. Under Graham’s leadership Care Services grew from being the 10th largest provider of long term care into the clear market leader. In 2000 Graham left BUPA to focus on the private equity market. He has been involved in 5 successful investor backed exits, Castlebeck Group with Hg Capital, Medica France and Attendo Sweden with Bridgepoint Capital, Ashbourne Homes with Electra Partners and Kidsunlimited with ISIS.

When Graham joined Solingen as Chairman in 2014 he had recently stepped down as Chairman of the Voyage Group, after overseeing the successful exit for Hg Capital, with new investors Duke Street & Partners Group acquiring the business. In addition to his position as Solingen Chairman, Graham has a number of active non-executive director roles.

Kevin is an entrepreneurial accomplished Chief Executive Officer with limitless drive, persistent flair for uncovering opportunities and an ability to turn ideas into reality. Kevin trained with PwC and since leaving PwC over 20 years ago, he has held a number of senior transformation, COO, CEO and Chairman positions across a range of sectors and for a number of blue chip organisations including Bupa, Aviva plc, nPower, Four Seasons Health Care and Voyage Care. Kevin strongly believes that highly motivated people with clear direction and support are the difference between success and failure!

Member of the BVCA. We do not provide services to the public and this site is intended only to provide information to potential transaction sources.